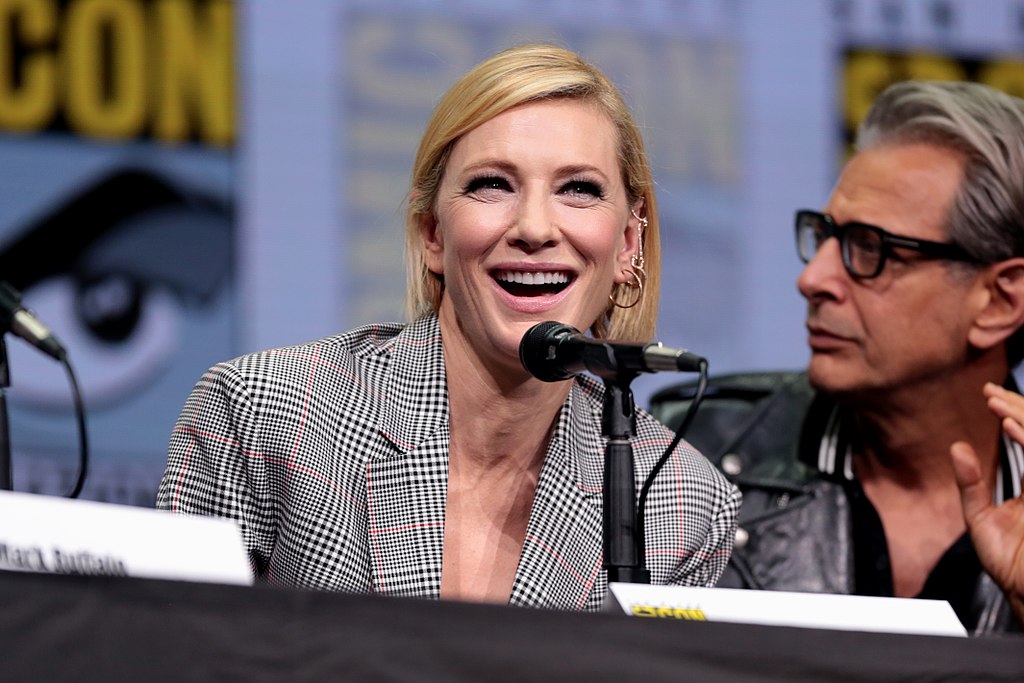 Cate Blanchett is one of Australia’s most recognisable faces in Hollywood, even in a day and age where Australians seem to dominate the stage and screen. Blanchett has had a very impressive career that goes back to the early ’90s in stage performances of Hamlet and Electra.

She has won a wide array of awards for her performances and has won 2 academy awards for her work. She has even been awarded a Centenary Medal in 2001 from the Australian government, as well as being awarded as a Companion of the Order of Australia. She has been listed in many lists of the top influential people in the world.

He father died of a heart attack when she was only 10 years old, which was no doubt a traumatising event for Blanchett. She has spoken about how she would rebel in her teenage years and go through the popularised punk and goth phases.

However, despite her hardship, Blanchett persevered through her schooling, where she first developed her passion for art and performance. Early in her stage career she got to work with other legends like Geoffrey Rush and built an impressive portfolio of stage work before moving to film.

While she was already a noteworthy actor at the time, her work in the Lord of The Rings films brought her a whole new wave of mainstream attention. She was then one of the highest-paid and revered female actors in Hollywood and remains so.

Blanchett is revered for her extreme natural beauty and has since become an ambassador for many luxury skincare and fragrance brands for women. He has also done a lot of work for environmental and human rights causes.

It’s no surprise why Cate Blanchett is one of the most recognisable and successful Australian female actors.

Ebony Stump
Ebony was a breakfast radio producer for seven years before deciding she was much better suited to a job that didn't require she be in bed by 7.30pm. She loves tracking down celebrities for a quick chat, and has spoken to Lady Gaga, Chris Rock, Usher and Merlin from Big Brother.
Share
Facebook
Twitter
Pinterest
WhatsApp